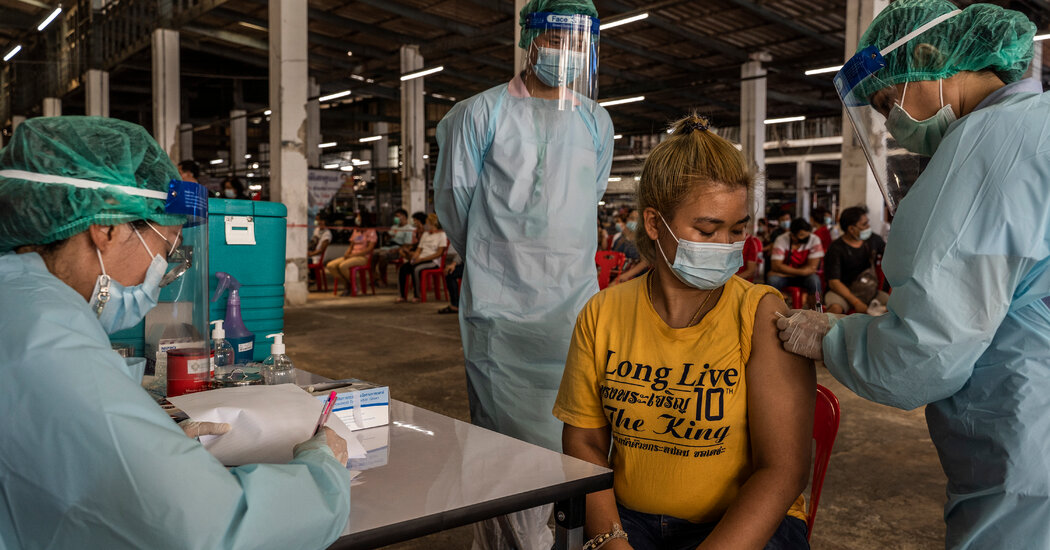 BRUSSELS — Citing what they call “the biggest challenge to the global community since the 1940s,” the leaders of 25 countries, the European Union and the World Health Organization on Tuesday floated an international treaty to protect the world from pandemics.

In a joint article published in numerous newspapers across the globe, the leaders warn that the current coronavirus pandemic will inevitably be followed by others at some point. They outline a treaty meant to provide universal and equitable access to vaccines, medicines and diagnostics, a suggestion first made in November by Charles Michel, the president of the European Council, the body that represents the leaders of the European Union countries.

The article argues that an international understanding similar to the one that followed World War II and that led to the United Nations is needed to build cross-border cooperation before the next global health crisis upends economies and lives. The current pandemic is “a stark and painful reminder that nobody is safe until everyone is safe,” the leaders write.

The suggested treaty is an acknowledgment that the current system of international health institutions, symbolized by the relatively powerless World Health Organization, an agency of the United Nations, is inadequate to the problem.

“At a time when Covid-19 has exploited our weaknesses and divisions, we must seize this opportunity and come together as a global community for peaceful cooperation that extends beyond this crisis,” the leaders write. “Building our capacities and systems to do this will take time and require a sustained political, financial and societal commitment over many years.”

The article is not clear, however, about what would happen should a country choose not to cooperate fully or to delay sharing scientific information, as China has been accused of doing with the W.H.O.

China has not signed the letter, at least so far. Neither has the United States.

In a news conference on Tuesday in Geneva, the director general of the World Health Organization, Tedros Adhanom Ghebreyesus, said that when discussions on a treaty start, “all member states will be represented.”

Asked if the leaders of China, the United States and Russia had been asked to sign the letter, he said that some leaders had chosen to “opt in.”

“Comment from member states, including the United States and China, was actually positive,” he said. “Next steps will be to involve all countries, and this is normal,” he added. “I don’t want it to be seen as a problem.”

As well as European countries and the W.H.O., the letter’s signatories included nations in Africa, Asia and Latin America.

Chief Covelli said Mr. Crimo planned the shooting for several weeks, but that the authorities had not yet established what his motive was. “We have no … END_OF_DOCUMENT_TOKEN_TO_BE_REPLACED

Kevin McKenzie and Martine van Hamel were standing in the dining room of their weekend house in Woodstock, N.Y., trying to figure out when they got … END_OF_DOCUMENT_TOKEN_TO_BE_REPLACED