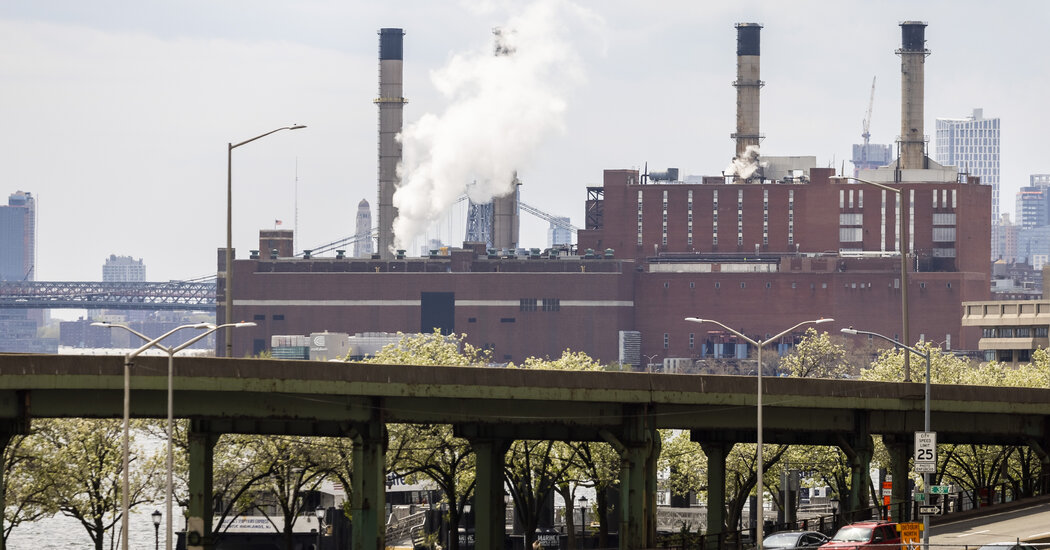 President Biden will pledge today to cut U.S. emissions nearly in half by the end of the decade, a target that would require transformative change to the American economy and way of life.

The target is timed to a closely watched two-day summit meeting, beginning on Earth Day, that Mr. Biden is hosting to show that the U.S. is rejoining international efforts to combat climate change.

The leaders of nearly 40 other countries will also attend, including those of Brazil, China, India and Canada, the only Group of 7 nation whose greenhouse gas emissions have increased since the Paris agreement. Brazil is seeking billions from the international community to support its promise to end illegal deforestation by 2030, a pledge that has been met with skepticism.

Challenges: To meet the goal, which nearly doubles a prior pledge made by the Obama administration, significant actions across the U.S. economy would be required, particularly involving cars and power plants, the two biggest sources of emissions.

world’s fastest-growing Covid-19 crisis, with new daily coronavirus cases nearing 300,000 on Wednesday and surpassing even the records from the height of the U.S. surge.

The country’s health care system is buckling under the strain, with one of the most alarming aspects of India’s second wave being a dwindling oxygen supply. Many hospital officials said they were just hours away from running out, and 22 people died from loss of oxygen in one hospital after an accident.

Britain has also imposed such restrictions, and the U.S. is advising against travel to India.

Here are the latest updates and maps of the pandemic.

warned the West not to cross what he called a “red line” or risk provoking a powerful “asymmetric” response from Russia. He reminded Western leaders once again of the fearsomeness of his country’s modernized nuclear arsenal. And he asserted Russia’s moral superiority over the West.

But on the country’s streets, thousands of citizens defied a heavy police presence to challenge his rule, as rallies organized to protest the prison treatment of the prominent opposition leader Aleksei Navalny seemed to mushroom into something more. Before the rallies, the authorities had arrested dozens of protest leaders in 20 cities.

Tensions: Ukraine’s president, Volodymyr Zelensky, warned on Tuesday of a possible war with Russia. In a national address, he said Moscow’s buildup of troops on the border had created “all the preconditions for escalation.” (See pictures from the front line.)

“a skeleton walking.” He is insisting that he be allowed to be seen by doctors of his choosing.

From prison, Koh still sounds bewildered by what he has done. “I kind of thought, OK, let me just show Harry that I’m a big man — and that’s how it escalated.”

The science of climate change, explained.

Here’s an excerpt from our climate team’s definitive answers to big questions about our warming world — and how we know what we know.

How bad are the effects of climate change going to be?

It depends on how aggressively we act to address climate change. If we continue with business as usual, by the end of the century, it will be too hot to go outside during heat waves in the Middle East and South Asia. Droughts will grip Central America, the Mediterranean and southern Africa. And many island nations and low-lying areas, from Texas to Bangladesh, will be overtaken by rising seas.

Conversely, climate change could bring welcome warming and extended growing seasons to the upper Midwest, Canada, the Nordic countries and Russia. Farther north, however, the loss of snow, ice and permafrost will upend the traditions of Indigenous peoples and threaten infrastructure.

kill jobs and cripple the economy. But that implies that there’s an alternative in which we pay nothing for climate change. And unfortunately, there isn’t.

In reality, not tackling climate change will cost a lot and will cause enormous human suffering and ecological damage, while transitioning to a greener economy would benefit many people and ecosystems around the world.

Three men were indicted in the death of the notorious gangster James (Whitey) Bulger, who was beaten to death four years ago in a West Virginia … END_OF_DOCUMENT_TOKEN_TO_BE_REPLACED

Dr. Connolly and Dr. Mott live in the North Baltimore neighborhood of Homeland, known for its strong public schools and colonial architecture, which … END_OF_DOCUMENT_TOKEN_TO_BE_REPLACED