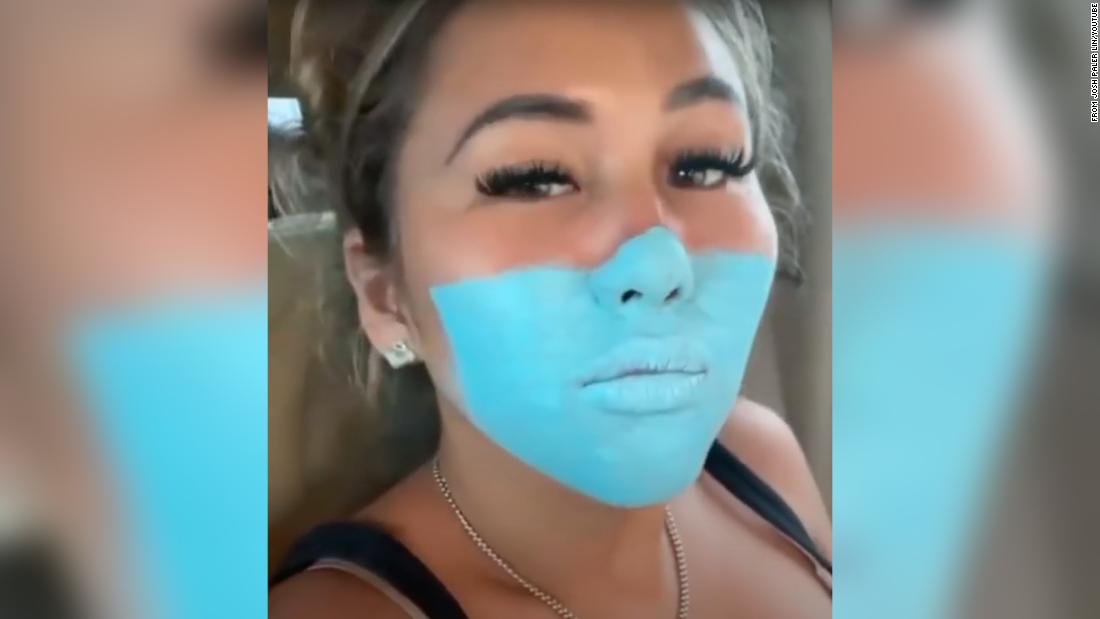 (CNN) — Two self-described influencers are to be deported from the Indonesian resort island of Bali after being jailed for creating a “prank” video of a painted-on face mask, an official said on Friday.

Josh Paler Lin and Leia “Lisha” Se made the video, in which Lin paints a fake face mask on Se’s face before she enters a grocery store where masks are required, in the island’s Badung area. It went viral after it was posted to Lin’s YouTube channel on April 22.

Indonesia has strict regulations about wearing masks in public. A first offense can result in a fine of 1 million rupiah (about $70) and foreigners can be deported after a second offense.

Though this is a first violation for both Lin and Se, the notoriety from the video reportedly angered Balinese authorities so much that they decided to deport the two influencers.

“We will deport the foreigner in accordance with the Immigration Law Number 6 Year 2011 concerning Immigration,” Jamaruli Manihuruk, head of the regional office of the Ministry of Justice and Human Rights Bali, said in a televised press conference.

Coconuts, the local Bali blog that originally picked up on the mask stunt video, quoted Manihuruk saying the exact time of their departure will depend on available flights.

Bali is home to a thriving expat community, and many chose to stay on the island through the pandemic rather than return to their countries of origin. However, the pandemic has reportedly deepened some of the Bali’s divisions between foreigners and locals, and Lin’s video set that conflict aflame.

By the time he removed it from his YouTube channel, it had already been widely circulated on social media.

On April 24, Lin posted a short video entitled “Clarification Statement” on his Instagram feed. In the clip, he and Se sit on either side of their lawyer and issue apologies in English.

“I make this video to entertain people because I am a content creator and it is my job to entertain people,” Lin says — while wearing a mask. “We would like to invite everyone in Indonesia and Bali to always wear mask for our own safety and health.”

However, it appears to have been too little, too late.

Lin, who is Taiwanese, is well known for his stunt videos on YouTube, where has 3.4 million subscribers. He advertises a YouTube Creator Masterclass where he claims he can teach other people how to mimic his success. After his apology video, he returned to form on April 28 by posting a “prank” video where he surprises his assistant with a new iPhone.

Se, a Russian citizen, has 25,000 followers on Instagram, where she posts photos of herself wearing glamorous gowns and partying poolside.

Indonesia has had more than 1.6 million diagnosed cases of the virus and about 45,000 deaths since the beginning of the pandemic.

Masrur Jamaluddin in Jakarta contributed to this story

Whether you optimistically hope that mortgage rates will decline or are resigned that rates will stay elevated above the historic lows of 2021, you … END_OF_DOCUMENT_TOKEN_TO_BE_REPLACED

A resident of Nikopol, Ukraine, in her backyard last month, with smoke rising from an area on the opposite bank of the Dnipro River. Credit...David … END_OF_DOCUMENT_TOKEN_TO_BE_REPLACED